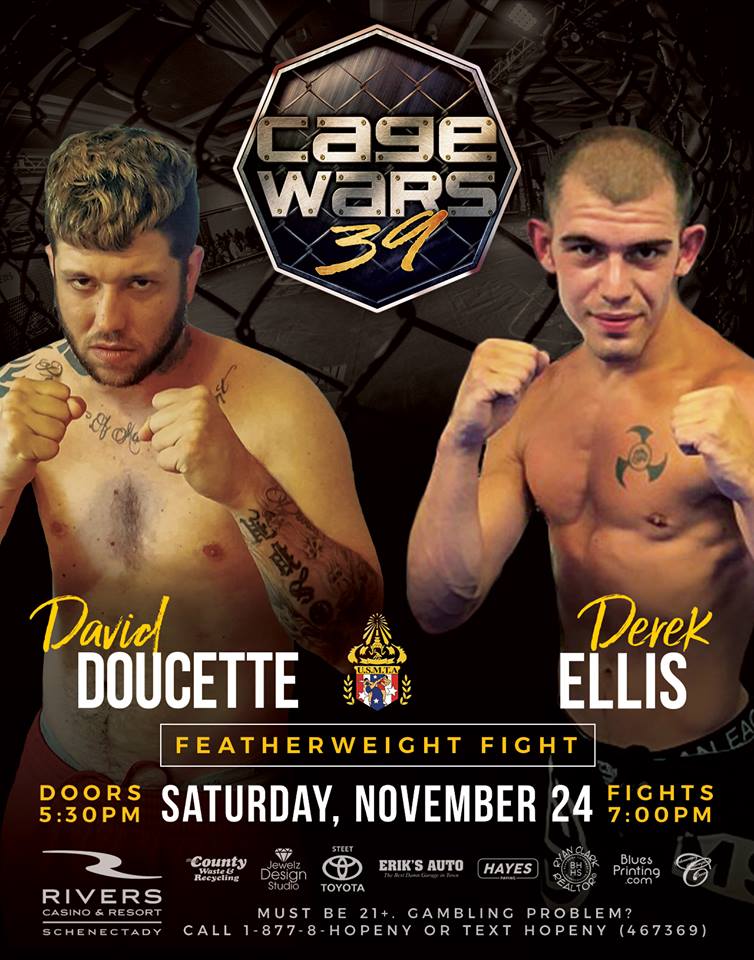 Warriors Instinct MMA was able to talk with Derek Foster Ellis about his upcoming battle at Cage Wars 39. Derek is a 1-1-0 Amateur MMA fighter that not only is training hard for his upcoming battle with David Doucette but has THREE jobs!
Not only does Derek train at Matt Secor’s school, but is a coach as well. Derek plans on using his BJJ experience against his upcoming opponent at Cage Wars 39. Not only does this fighter prove to be a hard worker, but he is humble as well. As we know a lot of MMA fighters be it pro or ammy, they not only have respect for the sport but for other fighters as well.

Cage Wars 39 is set for November 24, 2018 at the Rivers Casino and Resort in Schenectady NY. Doors open at 5:30 and tickets are available on their website cagewarsny.com.