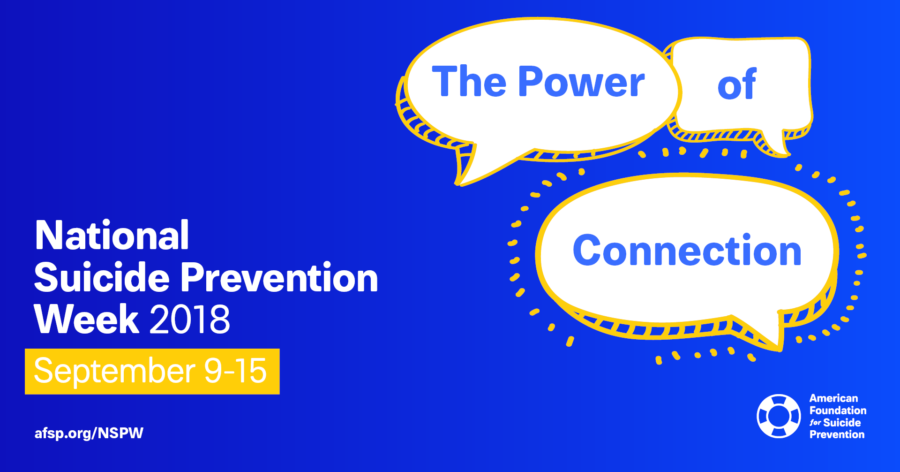 With National Suicide Prevention week upon us the Cage Wars staff thought it would be the best time to talk about suicide prevention. And yes even in MMA, people have thought of or have committed suicide.

We see a lot of suicides lately and some of those possibly could have been prevented. I bet you don’t know that Paige VanZant contemplated suicide. In High School Paige was bullied, harassed and even sexually assaulted while at a party. She has even gone on the record to say that “fighting saved my life”.

Paige even went as far as to change her last name because the bullies would play the name game because her last name was “Slutton”. Imagine the good times the bullies in high school had with that. Through it all her discovering fighting made her a stronger person, not only physically, but emotionally as well.

VanZant also said that she was sexually assaulted at a party when she was just 14 years old.

“I felt like I was a smart girl, my parents raised me well, they raised me to know better and to have some intuition,” VanZant said. “It all went out the window just because I was so lonely, I was in so much pain I just … all I could think about was, ‘Wow, I have somebody who wants to be my friend.'”

The manner of Follis’ death was first reported by MMAFighting.com.

News of the well-known MMA coach’s death prompted an outpouring of grief on social media, with dozens of fighters and industry professionals expressing shock and sharing stories of their time with him.

UFC Hall of Famer Randy Couture wrote a tribute to Follis, whom he called a “philosopher of martial arts” and a “hero to many.”

Follis was a longtime coach with the famed Team Quest in Gresham, Ore., and was a regular fixture in the corner of founders Randy Couture, Dan Henderson and Matt Lindland. After a messy breakup of the principals, Follis spent several years outside the sport before accepting a coaching position in 2013 at Xtreme Couture in Las Vegas.

As a fan we may perceive MMA fighters tough in and out and they usually are, but remember they are also human and things affect us all differently. We have added some signs and symptoms to look out for and if you feel someone may be acting different and out of sorts, reach out to that person. Sometimes just talking to someone can help and even get that person the help they need but don’t know how to take the first step.

Some of the symptoms of suicide taken from WebMD are:

-Excessive sadness or moodiness: Long-lasting sadness, mood swings, and unexpected rage.
–Hopelessness: Feeling a deep sense of hopelessness about the future, with little expectation that circumstances can improve.
-Sleep problems.
-Sudden calmness: Suddenly becoming calm after a period of depression or moodiness can be a sign that the person has made a decision to end his or her life.
-Withdrawal: Choosing to be alone and avoiding friends or social activities also are possible symptoms of depression, a leading cause of suicide. This includes the loss of interest or pleasure in activities the person previously enjoyed.
-Changes in personality and/or appearance: A person who is considering suicide might exhibit a change in attitude or behavior, such as speaking or moving with unusual speed or slowness. In addition, the person might suddenly become less concerned about his or her personal appearance.
-Dangerous or self-harmful behavior: Potentially dangerous behavior, such as reckless driving, engaging in unsafe sex, and increased use of drugs and/or alcohol might indicate that the person no longer values his or her life.

There are even great websites to visit if you are a loved one may have symptoms of suicide.
American Foundation of Suicide Prevention